Roval's Control carbon wheels are the follow-up act to the very light, and very expensive Control SL wheels. The Control wheels use the same rim design as their pricier sibling, but use 28 spokes (instead of 24) and are laced up to DT Swiss' 350 hubs. The result is a wheelset that weighs a still-reasonable 1450 grams, with a price tag of $1,350 USD.

Roval says it's a “high-performance wheel that excels everywhere from World Cup XC races to your favorite weekend trail.” I'll admit, I didn't do any World Cup cross-country racing during my time on these wheels, but they have seen plenty of hard miles over the past nine months. 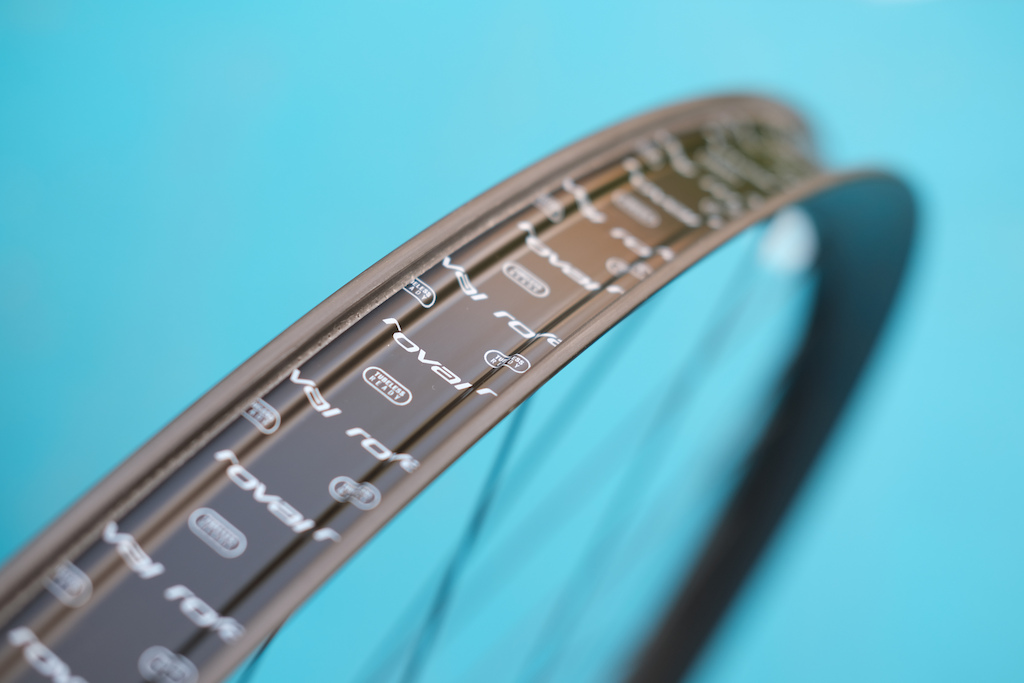 The rims have a 29mm internal width, with a 4mm wide rim bead. 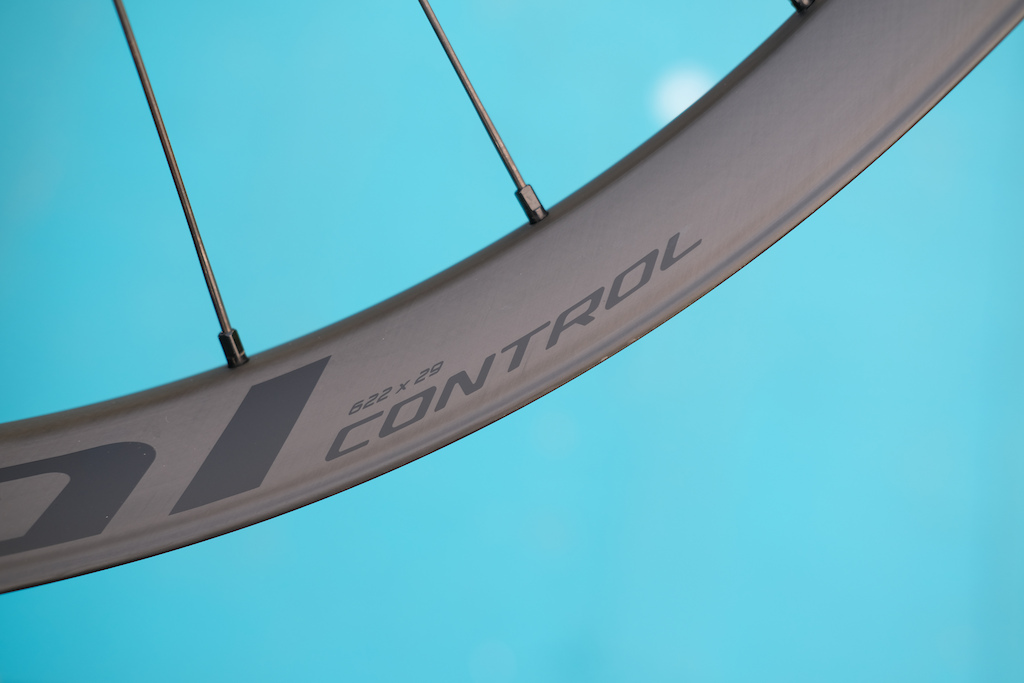 The graphics aren't overly flashy, and blend in well.

The Control's carbon rim has a 29mm internal width, and an asymmetric profile that makes it possible to use the same 300mm spoke length for the entire wheelset. The rim bead is 4mm thick, a dimension that's intend to help reduce the likelihood of a pinch flat by spreading out the impact over a wider area. That way, the rim will hopefully act less like a sharp blade when a tire inevitably gets smashed against it.

DT Swiss's straight-pull Competition spokes are used on both wheels, and they're secured in place by DT's Prolock alloy nipples. The hub is DT's classic 350 model with the 36-tooth ratchet rings installed to create a 10-degree engagement angle. 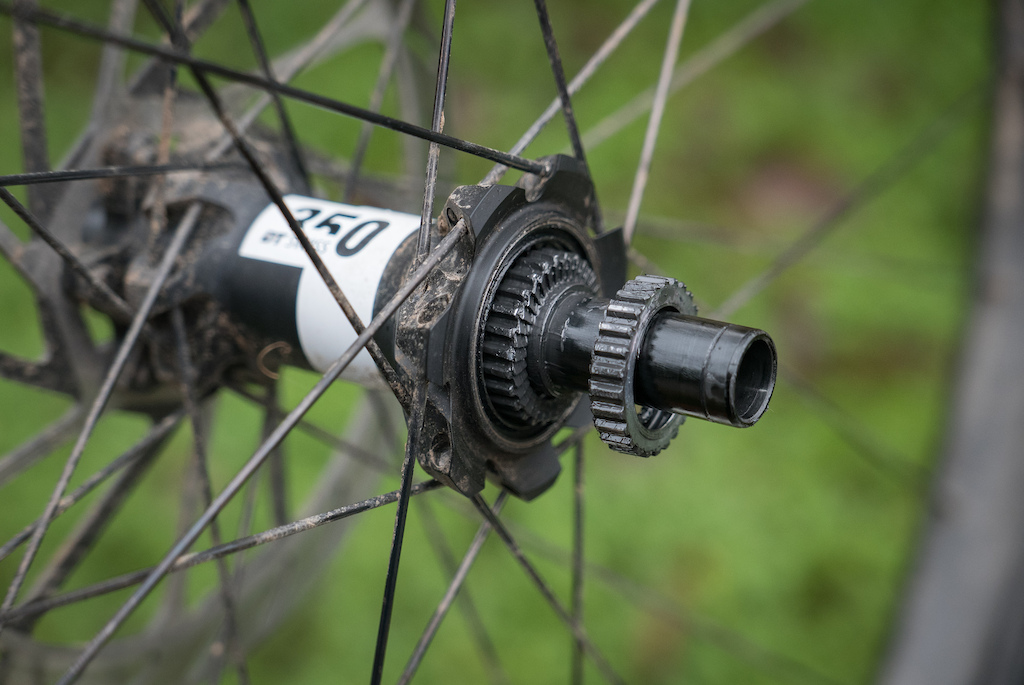 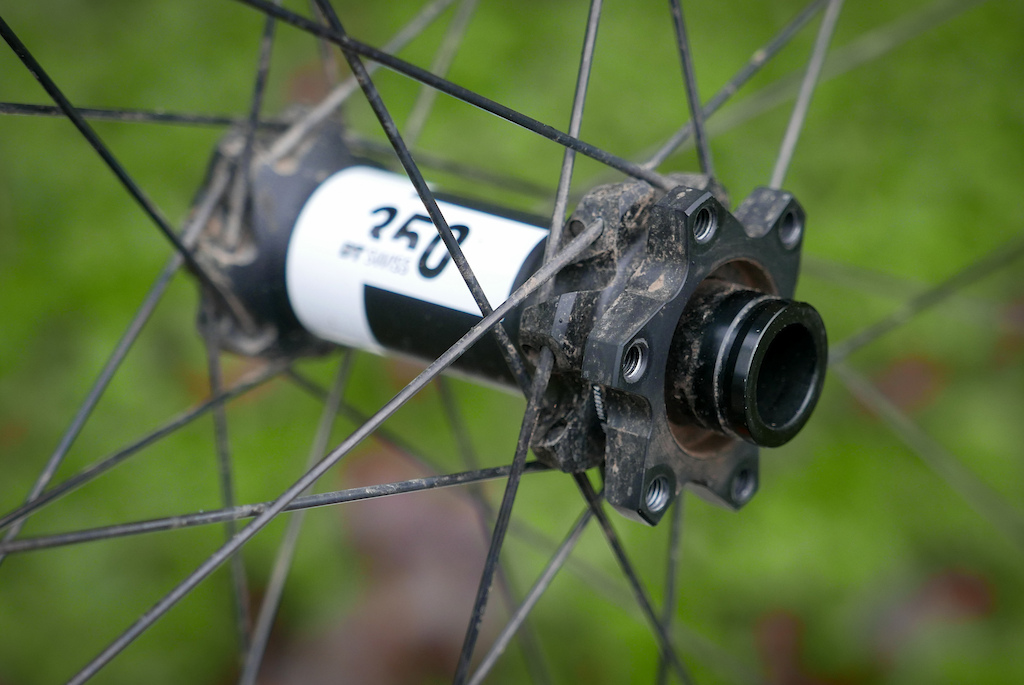 28 straight-pull spokes are used on each wheel, and there's a six-bolt rotor mount.

I'll skip right to it – these wheels are very, very good. They've held up impressively well to everything I've thrown at them, and after nine months of hard use they only had one brief session in the truing stand to get rid of a small wobble caused by one of my poor line choices. They were installed on my Transition Spur for the entirety of the test period, with conditions including ranging from muddy to snowy and everything in between.

They may not be as light as the Control SL wheels, but they also don't emit as many 'twangy' noises when they're loaded up hard in a corner. Those 24-spoke SL wheels seem to express their discontent when you really lay into them, while the 28-spoke Control wheels were noticeable quieter, even when I was bashing my way through chunky sections of trail.

I tried the wheels with multiple tires, including the Schwalbe Wicked Will, Specialized Ground Control, Maxxis Forekaster, and more recently a Butcher / Eliminator combo to help deal with some extra-sloppy conditions. In all instances the tires seated without too much hassle. Some of the thinner casing tires needed a little extra coaxing, but that's due to the less supportive sidewalls rather than the rim design. The 29mm internal width is right in the sweet spot for modern tires between 2.3" – 2.5”, which is what most riders are running these days. I didn't suffer any flats during the test period, and there were definitely multiple hard impacts between the tire, rim, and the ground.

As far as ride feel goes, the Controls are pleasantly neutral. They're stiff without being too stiff, free of the harsh, almost wooden feeling ride that can come with some carbon rims (although that's become a much less common occurrence as rim designs have evolved). The DT Swiss 350 hub's reputation as a solid workhorse is well deserved, and it didn't cause any issues. As for the 10-degrees engagement angle, that was plenty quick for my tastes, and I'm also a fan of how quiet the hub is while coasting. It is possible to purchase 54-tooth ratchet rings to speed things up, although in my experience those aren't as durable as the 36-tooth rings.

The Spur has what I'd call a 'compliant' ride – flexy is too strong of a word, but it's also not the stiffest thing out there. That feeling was complemented nicely by the Control wheels – they added a little extra zippiness to the Spur's manners. They're billed as an XC wheelset, which I think is an appropriate designation, but they can certainly be pushed into the downcountry / light trail category as well.

As I mentioned, I only need to do a quick true of the rear wheel, and other than that it's been very smooth sailing - sorry to disappoint all the fans of gratuitous carbon carnage out there. All the bearings are still free of any side-to-side play, although the driveside bearing in the rear hub has started to feel a little gritty. It's not enough to warrant replacing it yet, but some fresh grease is probably in order in the near future. Considering the number of muddy miles these wheels have seen the wear and tear is very reasonable.

HOW DO THEY COMPARE?

The Control Carbon wheels are an attractive proposition on paper, and out on the trail for that matter. There are lighter options, but those come with a significant price penalty.

The Reserve 28's are a very close competitor, but they cost $350 more and weigh 100 grams more than the Rovals when comparing the two DT Swiss 350 versions. Reserve does get a point in their favor for not having a rider weight limit (the Roval wheels have a 275 lb weight limit), and a better warranty program. The Control wheels do have a lifetime warranty against manufacturer defects, but damage caused by riding is only covered for two years. With Reserve, if a rider breaks a rim while riding they'll replace it for free for life. + Excellent price to weight ratio (for carbon wheels)
+ Great ride quality
+ Well built, and all the spokes are the same size

- There are more generous warranties out there


"The Roval Carbon wheels are highly recommended for riders looking for a light, responsive set of wheels for cross-country or general trail duty. You can save a few grams by choosing a more expensive wheelset, but unless you're gunning for glory on the World Cup circuit it's hard to see any reason to pay more.— Mike Kazimer"